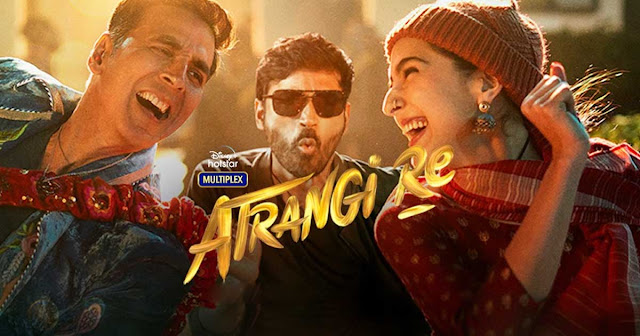 Rinku, trapped between love and husband, tells Vishu in a rickshaw, “Once upon a time in such a big world If both (boyfriend and husband) get together, will it be a disaster? But Vishu says that he has to choose between the two. The entire film revolves around Rinku's turmoil.

Rinku Suryavanshi (Sara Ali Khan) is a quick, daring, fierce yet sensitive girl. Whose marriage is forcefully married to V Venkatesh Vishwanath Iyer alias Vishu (Dhanush), a senior medical student from Tamil Nadu at the behest of his maternal grandmother (Seema Biswas). Rinku is madly in love with a magician Sajjad Ali Khan (Akshay Kumar). So crazy that she has been running away from home since the age of 14. But every time the family members catch him and bring him back. Now this love triangle goes through an unexpected turn, this is the story.

Story of the film

The film starts from Siwan in Bihar, where Rinku runs away from home. Some people are chasing him and then catch him and bring him home. Rinku is neither afraid of the abuses of the family, nor of beatings. No one knows for which boy she runs away from home. Enraged by his misbehavior, his grandmother orders everyone that any boy should be caught. And get her married. Vishu, who is about to get engaged to his girlfriend in a few days, falls in the grip of this forced marriage. While Vishu slowly falls in love with Rinku, Rinku narrates her passionate love story of herself and her magician lover Sajjad. his planning It is simple.. Vishu on his way and Rinku on his way after reaching Delhi. But this relationship is not going to end so soon. How Rinku, Vishu and Sajjad influence each other's lives and what ends their relationship.. That's what makes this story 'Atrangi'. 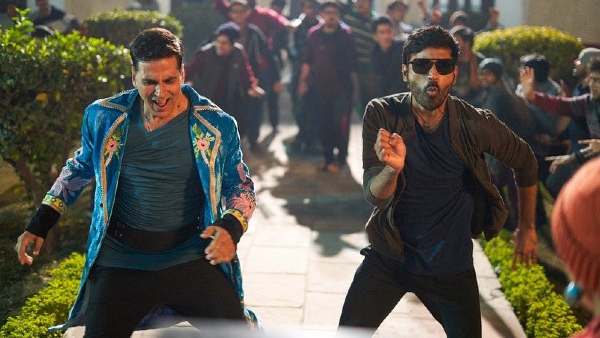 Aanand L Rai has come up with a sensitive subject with a love story this time. He talks about mental health and tries to touch the heart through emotions. The director has also been successful to some extent in conveying his point without giving heavy knowledge. The story becomes very slow at some places, due to which your Attention wanders. Especially in the second half, the scenes tend to be repetitive, with some parts becoming quite boring. But the characters as well as the locations and dialogues connect you back to the story in the climax. However, the subject matter of the film is so complex that it is not easy to bring it to the big screen.

Sara Ali Khan and Dhanush share an interesting chemistry. But it would not be wrong to say that Dhanush is the life of the film. Helplessness, love, pain, anger.. the way he expresses every emotion. Yes, it is less to be praised. From the first frame to the end, Dhanush has been seen in his character. Rinku has apparently been one of the most challenging characters for Sara Ali Khan till date. His efforts are visible on screen. Sara is splendid in some emotional scenes. But the actress has a lot of work to do on the dialogue delivery. Akshay Kumar fills an important suspense in the story. He is quite natural in his character.

Composed by AR Rahman is a strong pillar of the film. He gives a different height to the film. His background score brings drama to the story. Irshad Kamil has written the lyrics of the songs in the film, which are very beautiful. The album of the film is obviously heart touching.

The story, screenplay and dialogues of the film have been written by Himanshu Sharma. The best thing about the story is that it does not talk much about mental health on the surface, rather it is threaded into the story. Although the script had been a bit tighter, the film could have been more effective. Detailing is lacking in many places. The story of the film revolves around Siwan (Bihar), Agra, Delhi and Chennai. Nitin Jihani Choudhary's production design is superb.

'Atrangi Re' will take you on an emotional journey that is quite different. Such stories are rarely made in Bollywood. Also, this film is a must watch for Dhanush's tremendous performance. 3 stars for 'Atrangi Re' from Filmbeat.

Posted by nigeria eworld at 1:38 AM